Rubella, also known as German measles or three-day measles, is an infection caused by the rubella virus. This disease is often mild with half of people not realizing that they are infected. A rash may start around two weeks after exposure and last for three days. It usually starts on the face and spreads to the rest of the body. The rash is sometimes itchy and is not as bright as that of measles. Swollen lymph nodes are common and may last a few weeks. A fever, sore throat, and fatigue may also occur. In adults joint pain is common. Complications may include bleeding problems, testicular swelling, and inflammation of nerves. Infection during early pregnancy may result in a child born with congenital rubella syndrome (CRS) or miscarriage. Symptoms of CRS include problems with the eyes such as cataracts, ears such as deafness, heart, and brain. Problems are rare after the 20th week of pregnancy. 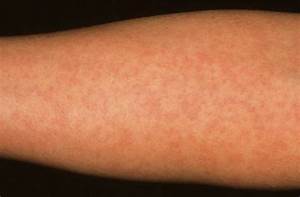 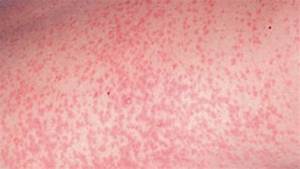 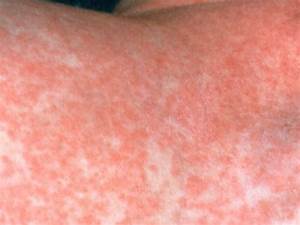 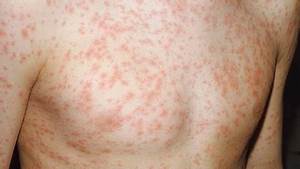 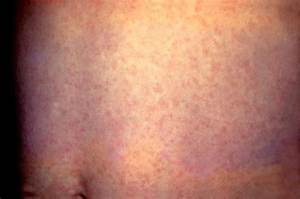 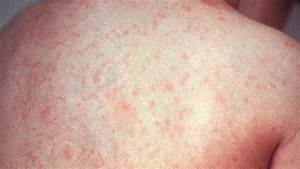 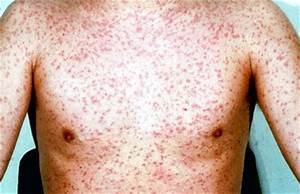 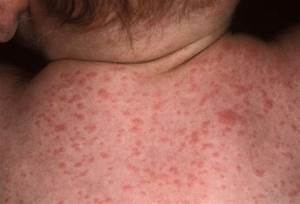 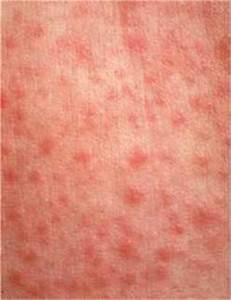 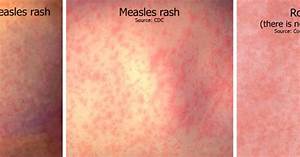 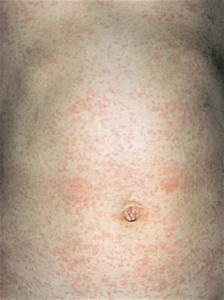 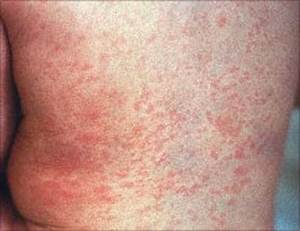 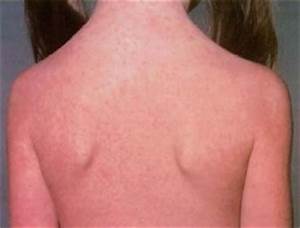